Get fresh music recommendations delivered to your inbox every Friday.
We've updated our Terms of Use. You can review the changes here.

by V.O.D - Voice Of Destruction 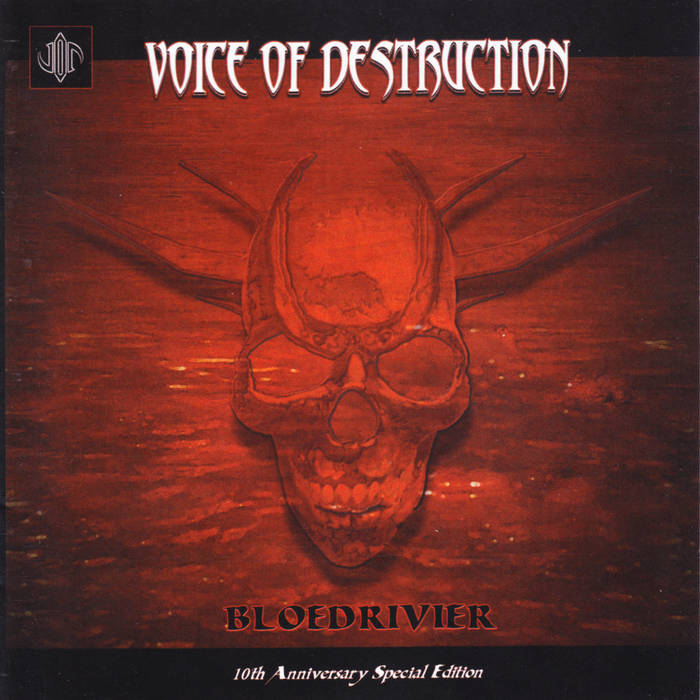 "Bloedrivier" is the Afrikaans word for "Blood River".
The album was recorded at Academy Studios in Yorkshire (United Kingdom) when the band temporarily relocated to London, to record the album for their German label (Morbid Records). The original version was released in 1996 (a decade after the band's formation in '86). They followed this with a full European tour alongside Katatonia and In The Woods.
This 10th Anniversary Special Edition was released in 2009 and featured remastered tracks, new artwork, and enhanced features with demos & video clips.
This disc is also the V.O.D Archives Vol. I
The V.O.D Archives Vol. II is on DVD and includes 3hrs worth of home video releases of the band in South Africa and Europe, music videos, a new doccie short and an interview accounting the band's history.

Written & Produced by V.O.D
Engineered and co-produced by Mags at Academy Studios (UK)

Arising from South Africa in 1986 during the dark Apartheid days as a Punk/Hardcore riot act, V.O.D evolved into the country's most respected Metal band, gaining the title The Godfathers Of SA Metal.
The line-up as it stands today was solidified in the early-'90s.
SA music groundbreakers from the get-go, they were also one of the 1st underground bands to record in the UK & tour Europe mid-'90s. ... more

Bandcamp Daily  your guide to the world of Bandcamp

Sampa The Great joins the show to discuss her release, "As Above, So Below".